Safety Leadership: Can Do / Will Do 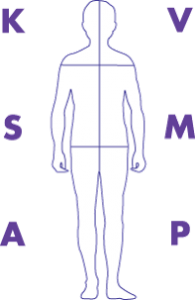 To become an effective safety leader, you need to understand why people behave as they do. Previously, we discussed Behaviorism as one scientific approach that helps explain human behavior. In this article we’ll look at human behavior using a different model: Avatar’s proprietary Can Do/Will Do Model.

During the last 60 years, students studying industrial/organizational psychology have been taught the concept of KSAO as a method for determining how well people fit into their jobs. KSAO consists of four characteristics that influence a person’s job performance: Knowledge, Skills, Abilities and Other characteristics. I was introduced to this model in 1985, but I was not a university student at the time. I was already an executive of a very large trucking company. I felt the “O” was too ambiguous. What did they mean by Other characteristics? After several months of tinkering with the model, I developed the Can Do/Will Do Model, a more accurate depiction of how well someone fits into any particular job.

What Influences What People Can and Will Do?

Can Do/Will Do has six characteristics that influence job performance: Knowledge, Skills, Abilities, Values, Motivations and Personality. Three of them: Knowledge, Skills and Abilities, can be used to predict if a person can do a certain job. But often, people are hired who can do a job, but later don’t perform very well. Why don’t they live up to their potential? It’s those pesky O characteristics coming back to haunt us. These include Values, Motivations and Personality. They are the traits that predict whether or not a person will do a job. Through nearly 30 years of scientific analyses, we have proven these characteristics are more predictive of successful job performance than simply saying “other”.

The 3 Can Do Characteristics

Let’s learn what each characteristic is, starting with the three Can Do traits: knowledge, skills, and abilities.

1. Knowledge is defined as concepts and principles committed to memory. Knowledge is what every employee should know. Knowledge is learned through education. Examples of knowledge include information about your services, customers and competitors.

2. Skills are defined as how to do things. Skills are what every employee should know how to do. Skills are learned through training and practice. Examples of skills include how to resolve conflict, how to conduct a pre-trip inspection or how to clearly communicate.

3. Abilities are defined as mental and physical traits that are not learned. Abilities include things like height, strength, visual acuity, stamina and the capacity to learn.

The 3 Will Do Characteristics

You’ve probably known more than a few employees who had the Knowledge, Skills and Abilities to perform a particular job, and yet they frustrated you with poor performance. That brings us to the Will Do side of the model: values, motivations, and personality.

1. Values are defined as the principles and beliefs upon which a person bases all decisions. Values are learned early in life and change very little in adulthood. Values include such traits as honesty, integrity and a good work ethic. Make no mistake about it, all job-related behaviors are influenced by a person’s values. When the values are not aligned, job performance suffers.

2. Motivations are defined as the activities and rewards to which a person is attracted. These include such things as money and job security, but not everyone is attracted to the same thing. For example, not everyone wants to be a scientist, nor does everyone want to be a plumber, but there are people who enjoy spending their lives in each of those two professions. When motivations are not aligned, job performance suffers.

3. Personality refers to a person’s general disposition. It is a measurement of how someone reacts to situational demands and other people. Personality traits influence a person’s willingness to do his or her job. Some common traits include risk aversion, compliance, attention to detail and extraversion. When personality traits are not aligned, job performance suffers.

How to Hire People Who Can and Will Do the Job

Safety leaders understand and apply this model when hiring new employees. They know they can change someone’s knowledge or skills through education and training.  But, more importantly, they know and appreciate that they cannot change an applicant’s Abilities, Values, Motivations or Personality. Instead, they look for the necessary characteristics that can’t be changed during the hiring process.

Of course, you can refer to Values, Motivations and Personality as a person’s Attitude. Just like that “Other” category, though, attitude is too vague. During the hiring process, it’s extremely difficult to ascertain an applicant’s attitude. However, using AvatarFleet’s scientific protocol for driver recruiting and hiring, you can uncover the presence of the necessary Values, Motivations and Personality traits needed for success on the job. Why would anyone try to change what can’t be changed? Take the easy route and hire people who are a good fit for the job.

Some business managers foolishly hire people based on the applicant’s knowledge and skills. It happens all the time. They review the resume or application, look for the right work experience and conclude that the person can do the job. And, maybe they can. But sadly, the manager is often later frustrated when the person doesn’t perform well. Job performance has more to do with Values, Motivations and Personality than it does with Knowledge, Skills or Abilities. Savvy safety leaders hire drivers who have the right Will Do traits.