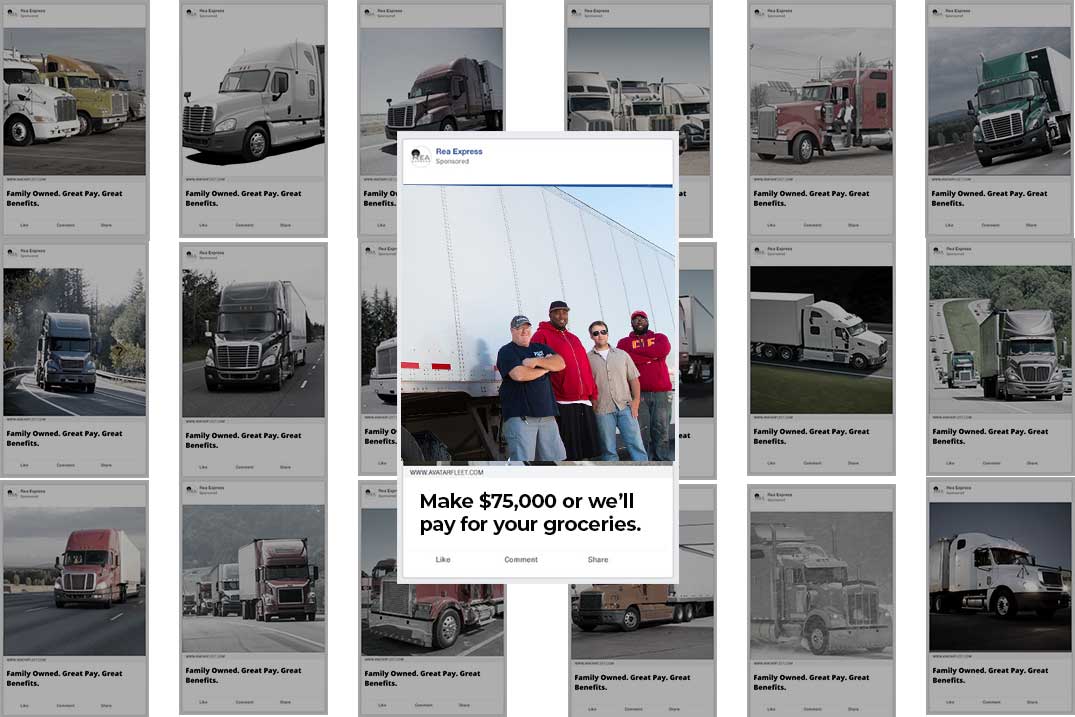 In our second episode, Scott talks with Chad Hendricks, host of the Recruit & Retain: Trucking Edition podcast and president of Brand Outcomes, Inc, about developing successful recruiting strategies that help differentiate your company from the "Sea of Sameness."

Chad Hendricks and Brand Outcomes work as an agency to help trucking companies improve their recruiting and retention strategies. Brand Outcomes' clients often need help in a wide range of ways; not just with advertising, design, branding, or other similar channels, so they work as a consultant, or like a company VP that has the time and ability to focus on projects that often get pushed to the back burner in favor of other pressing matters.

The discussion starts off by Hendricks weighing the focus between strictly attracting drivers and keeping them versus developing the business and increasing sales. His experience has changed year-to-year, but he mainly focuses on driver-based questions and solutions. Instead of building "business", he suggests focusing solely on the entire "marketing" realm, including mission/vision of the company, and then using that message in advertising, recruiting, and branding efforts.

When Rea asks about creating a mission statement or company vision that (1) is original, and (2) people will know and live by each day, Hendricks suggests finding out the president/CEO's vision or motivation and adapting that to the whole company. What drives the person at the top has a real story behind it, and carries more weight than a cookie-cutter statement.

Going further, he tells a story of one executive who used his own story in the company's mission. He was raised by a truck driver, and turned a story from his childhood of his dad being unable to afford the popular shoes into the company's mission statement for its drivers: being a hero for their families.

Using that as a springboard, the company's mission became all about treating the driver well and making sure they were satisfied and happy with their pay and their work life. When there is a story behind the mission, it lets other workers buy in to that mission.

Using the Vision/Mission Statement to Create the Advertising Message

Once the mission or vision is established, a carrier's next step is transferring it into their recruiting efforts. Hendricks offers an alternative to a basic message of "here's why we are great, come work here." That alternative is much more driver-centered, catering to their desires. One company that touted its safety culture had signs up as drivers left the lot reminding them that "Your Family Wants You To Get Home Safe," while another company featured its efforts to both train its own drivers, as well as improving driving habits of the general public.

In a third example, he suggested instead of simply offering a signing bonus of $xxxx, they work out a plan on how to get a potential driver something tangible that they have been longing to buy, e.g. a fancy car. Again, focusing on the driver versus the transaction or the company is the key to standing out from the others.

Rea asks Hendricks about the "Voice of the Driver" concept, and how companies can grant the drivers a seat at the table in company decisions. Hendricks expresses the importance of receiving continuous feedback and making ongoing improvements instead of a one-time small change or one chance for the driver to be heard.

He also talks about the medium being the message, and gives the example of soliciting feedback electronically (via computer surveys and the like) versus a company leader picking up the phone and having a substantial discussion with a driver about their feelings on particular issues. Both will get some sort of results, of course, but having a person-to-person discussion can be a lot more meaningful to the driver than the colder, form-driven alternative, and companies will get much more useful feedback this way.

The discussion closes out by talking about approaching referrals and actually finding new drivers using this method. Of course, Hendricks says, companies can offer a monetary reward for a successful referral, but this is a passive method that basically just exists. He says that Brand Outcomes aims establish active referral programs to maximize marketing dollars spent.

One solution is to train drivers in sales methods (called referral training) so they can recognize and seize opportunities to recommend their carrier to other drivers that they encounter. He also talks about training dispatch, operations, and other company personnel to ask for referrals in a way that isn't annoying to the driver. His solution is for ops workers to ask for referrals whenever something good happens to a driver; they associate that good experience with a desire to "return the favor" so to speak for the company.

They close out by addressing drivers' concern of losing loads to newly hired drivers. A simple answer, Hendricks says, is to explain that even the best carriers are losing 25% of its drivers per year, and referrals that turn into new hires are simply to replace those drivers that leave.