Truck Driving Is Dangerous, Learn How To Decrease The Risk 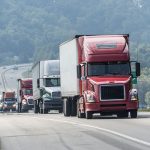 The National Safety Council recently issued a report that traffic fatalities were up 9 percent in the first half of last year.  The numbers show nearly 5,000 more people will die this year when compared to a “normal” year.  The highways have never been “safe”, but they are getting worse. On average, there are four deaths per hour on the road in the United States. Truck driving is dangerous and it falls to you to try and reduce some of the day to day risks.

As we have written in our e-book, Operational Excellence, the federal government continues to create more safety rules and regulations.  Unfortunately, adding rules on top of rules does more harm than good.  The regulations are time-consuming and burdensome. They distract safety professionals from focusing on things that really matter like:

Studies such as the one posted by the ATA, have shown that most car-truck collisions are caused by the unsafe behaviors of amateur car drivers rather than professional truck drivers.  But that knowledge doesn’t make the truck driving job any safer.

Nor do technological advances.  Every day we read reports about new wonders that claim they will make driving safer. These devices include:

These are all meant to eliminate accidents, but the numbers tell a different story. If these innovations protect us, why are more people dying?

We concede that most of the new gadgets do exactly what they claim to do. But none of these improvements can wholly account for human error. Humans suffer from a phenomenon known as risk homeostasis.  Canadian researcher Gerald Wilde’s controversial book, Target Risk, explains how humans respond to external protection devices. It seems the safer we make something, the more risks people are willing to take.

So technology works, but it doesn’t solve the problem.  Instead, it lulls us into complacency. In fact, we believe that collisions and highway fatalities are on the rise because of technology, especially in regards to cell phones.  Everyone needs to turn off their cell and put it away before they turn the ignition key. But this is only the most obvious of many risks drivers take behind the wheel.

For now, the best we can do is try and make up for other drivers’ mistakes. Truck driving is dangerous and requires active effort to prevent accidents.  We must provide our professional truck drivers with superior, outcome-based defensive driving training such as The A-Fleet.

You can’t prevent every accident, but you can have some of the safest drivers on the road reducing the risk of one. Get started today on reversing the trend of annual highway fatalities.