The professional driver recruiting funnel isn’t what it was five years ago. Jason Kent Crowell continues to accurately document the evolution of recruiting from his seat as the Recruiting & Retention Manager at Brady Trucking. The second of his three part blog series shares how he’s reshaped his recruiting funnel with marketing being king.

In the past decade, as Crowell points out, people look for work much more differently than they used to. People more frequently turn to online reviews and web searches rather than the daily classifieds. More pointedly, Crowell tells us that people do far more background research into potential jobs than they used to due to the wealth of information available to them on the web. He says that we should think of these job hunters as consumers, people perusing reviews and videos to make the most informed decision they can just as if they were buying something for the house. In light of this change, Crowell discusses how we should in turn evolve our recruiting efforts in recognition of how job seekers are now looking for work.

Crowell wrote to us that "the forward thinking trucking companies have shifted strategy from outbound sales/recruiting to inbound ‘Opt-In’ marketing methods. In my experience, an out of work Driver (who you might call an active candidate) generally has an issue.  There are dozens of trucking jobs available and a Driver who has to search for one – generally – has something wrong (driving record, work history, criminal record).”

Crowell uses Steve Patrizi's "New" Marketing and Sales Funnel to illustrate that by the time the candidate picks up the phone, they’ve done 80% of the research. Your Recruiters are playing matchmaker for the right position by answering the remaining questions and asking the right ones to close the deal. Drivers certainly want to talk to someone before signing up officially but the majority of the selling is done before you say hello. In that same vein, if your inbound calls are not the volume you need, evaluating your online reputation is your starting point. 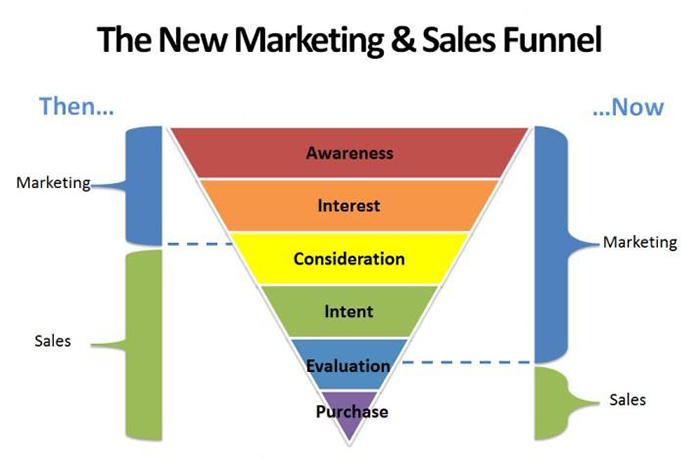 Marketing plays a far larger role today than in the past and the process by which someone is hired is far less linear as well. Crowell describes the process as more of a “recruiting cloud” than a funnel now, as people’s ability to do diligence on a potential job can take them any number of places as they acquire more information. Your job is to shape and control your employer brand story on Facebook, Twitter, Google Reviews and industry review sites. The key is making it real. Use the voice of your drivers for an emotional response from a candidate. As he says, “make them feel something and they’ll do something”.

Why Say It When You Can Show It?

Video, video, video. Crowell points to this article for the key stat that 85% of content consumed online this year is expected to be video. This falls in line with our knowledge of the old brain, which responds primarily to visual cues, and rapidly shortening attention spans in our day and age. Quick and targeted videos are now a crucial part of landing candidates by sharing your story. Testimonials and other kinds of content are used to target specific candidate profiles via social media and your website. Short, direct, and, in the case of Crowell’s example, emotional videos play a key role in hooking candidates, especially in industries like professional driving where free time is not often in abundance.

Check out A-Suite Ad to see how you can use targeted advertising to find your best-fit passive candidates and woo them with your driver stories.