The changing nature of laws and compliance is once again a topic at Bright Mountain Trucking’s monthly staff meeting.

“There’s a plan to give truck drivers a new safety rating from the FMCSA,” explained Cary. “It’s called the driver safety fitness determination.”

“Let me read you the goals:

“Well, that doesn’t sound too bad. It’s good to know who the highest risk drives are,” said Belinda.

“But don’t we already know that through the PSP program?” asked Bud.

“Not really,” replied Cary. “The PSP gives us raw data about drivers like their accidents and convictions, but it doesn’t really compare them with other drivers in any way. It’s up to us to make a hiring determination on where we draw the line and sometimes there isn’t enough PSP information to do that.”

“Yeah it sounds good but there’s always a catch. What are the details on this program?” asked Bud.

“What do mean there aren’t any?” remarked Bud.

“They still have to be worked out. The program won’t start for nine years,” explained Cary with a sheepish grin. 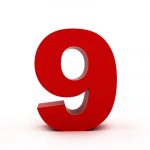 “You gotta be kidding me. I told you there’s always a catch,” smirked Bud. Heads shook around the table.

“Well to keep it short, the US Senate wants information on how FMCSA will determine driver fitness as part of its plan to improve highway safety. In 2011, the GAO, the Government Accounting Office, did a study and recommended that FMCSA move forward. It said the Secretary of Transportation should direct the FMCSA Administrator to develop a plan for implementing driver fitness ratings that prioritizes steps that need to be completed and includes a reasonable timeframe for completing them. The plan should also address the safety implications of delayed implementation of driver fitness ratings,” explained Cary.

“And they think that nine years is a reasonable timeframe?”

“Apparently so,” said Cary. “It’s all tied in with CSA and that alone will make it controversial and drawn out.”

“I could be dead in nine years,” laughed Bud.

That brought chuckles and grins around the table from the five-person executive team.

“Okay, we’re had some fun with this, but there’s a lesson here,” explained Jack. “It’s up to us to determine who will be a good driver and who won’t. That’s why we began our new hiring system last year. With the background checks we do, with our qualifying questions, our driver assessment and our structured interviews, we’re in much better position to make a quality judgment on a driver than 99 percent of the carriers out there. We’re ahead of the game.”

“Yeah,” smiled Bud, “you could say we’re nine years ahead of the game.”