Invest in Your Drivers to Reduce Turnover 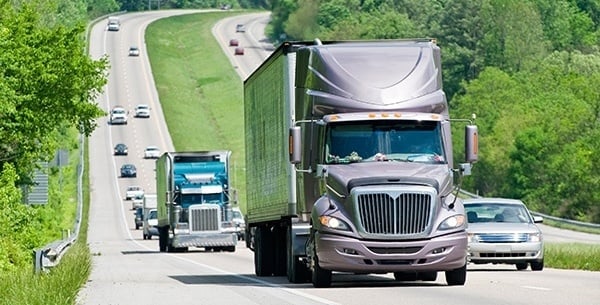 Money can’t buy happiness or your driver’s loyalty. But you need to provide enough of a consistent salary, so they don’t have to worry about making the mortgage or car payment.

Drivers often cite pay as the main reason they leave one company only to go to another.  We contend transparency and consistency are far more important than the actual amount. If you’re reading this post, you’re probably on a steady salary.  You know what you’re going to have in the bank at the end of the month. But drivers who are paid on a variable rate such as cents-per-mile or a percentage of the load, have huge swings every month.  They can’t plan.

In businesses we all crave consistent revenue streams just like people crave consistent income. A driver wage war is building and the “State of Freight” webinar series states that the supply of drivers is shrinking at the same time freight volume is going up. This has been a long time coming but you have an opportunity to approach the driver problem from a new perspective.

This Isn’t News...Why Are We Talking About It Now?

Two main things are driving up pay for drivers: a strong economy and tax reforms. These two dynamics have already forced many companies to hand out larger signing bonuses and grant pay raises. Most economists predict that the new tax reforms will reduce costs in trucking, which in turn could provide some additional cash to pay drivers better.

The webinar also discussed the impact of competition for the labor pool.  You’re competing for the attention of applicants who are also being courted by construction and manufacturing. It’s been known for years that these blue-collar jobs pay about the same as trucking, but let you sleep in your own bed every night. But, you have an advantage.  Switching industries is a big move that comes with a lot of unknowns. Good drivers tend to like routine and switching industries is scary. That’s why it’s so important to invest in your drivers from the very beginning - not just money, but investing the time to support them and to build trust.

Now Is The Time to Have A Driver Centric Culture

Increasing your signing bonus won’t solve your problem. In fact, we believe it will only attract job hoppers looking to bounce around for the next bonus. At the end of the day, drivers want to be treated like humans. Drivers will give you the benefit of the doubt when you make an honest mistake, but only if you put them first on every decision you make. A driver-centric culture starts by forming a drivers’ committee. You already have an unofficial committee with self-elected ring leaders - just make it official and bring them to your decision-making table. Ask them to participate in meetings to decide key initiatives such as truck purchases, building improvements and service initiatives with key accounts. Put your drivers ahead of your customers. Don’t worry, it will make your relationships with your customers stronger because drivers will play a key role in improving service levels.

It’s Always the Right Time to Pass It On

The tax cuts and currently good economy are short term solutions. Things are likely to change in the next year.  Remember, a driver-centric culture is for all seasons. Paying well means paying consistently, not necessarily paying the most cents-per-mile. More and more companies are creating pay packages that provide weekly guarantees so drivers know they can at least pay their bills. Review your records and determine what you have paid your drivers during the last three years: Total pay/total drivers/total weeks = average weekly pay.  Use that as a guide to create minimum weekly guarantees. Throw in performance bonuses for key behaviors on their driver scorecard to show them how they can increase their pay.