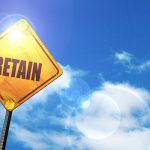 Andy had worked in the truck driver recruiting and retention job for three months and was already making progress.  Through driver stay interviews, he uncovered the root cause of driver turnover: inadequate pay. No surprise there. The surprise came from why his drivers weren’t making enough money.  It wasn’t their mileage rates. The company was competitive. The problem came from three sources:

Dispatcher inefficiency was complicated. First, there was a general lack of hard skills; basic things like time management, planning, problem solving, and execution. His fleet managers had previously worked as truck drivers; even though they were great drivers, they had never had any training on these subjects.

For the same reason, their people skills weren’t up for the task.  They lacked basic interpersonal skills like communication, empathy, building fairness and conflict resolution.  Of course, some of them were better than others because they had street smarts, but the entire team needed leadership training.

Before Andy stepped in, poor planning and a lack of teamwork caused driver delays. Drivers missed loads and got stranded at remote locations.  Since the drivers were paid by the mile, the delays and setbacks cost them big time.  Fixing these basic dispatch mistakes was Andy’s first order of business.

He continued daily fleet manager meetings and together they developed a process to coordinate drivers coming free with open loads. His fleet managers previously worked in silos, each covering his own loads with his own drivers.  Getting them to work as a team made dispatch more efficient.  But what lit the fire was tying 50% of the bonus plan to driver retention.  Suddenly, everyone cared about the drivers.

Andy was holding steady at 335 drivers. Now that he had stopped the bleeding, uncle Bob wanted to grow.  Andy was neck-deep into retention and spread thin.  He had no time to devote to driver recruiting, so he asked AvatarFleet to take over.  They balked, telling him that his Driver Brand Statement wasn’t adequate to attract new drivers.  They explained that he needed a “hook,” something to set himself apart from other carriers.

They challenged him to consider a radical idea: a guaranteed weekly salary!  Using payroll reports, they showed Andy how each driver’s individual pay goes up and down every week.  During any given week, it could be feast or famine.  They explained that most truck drivers live week to week and coming up short just a few hundred dollars two weeks in a row can lead to a missed rent payment or no groceries for the kids.  They said variable pay is great for a sales person, who can control his or her own outcomes, but it’s a terrible idea for drivers, who are at the mercy of dispatch, traffic, weather, consignees and maintenance.  Every time something goes wrong, they lose.

Andy studied 24 months of income statements.  He was amazed to find that overall driver pay rarely varied by more than one percent of revenue.  Andy did some quick math, dividing overall driver pay by the total number of drivers and came up with an affordable weekly salary that he figured would help retention and recruiting.

He took the idea to uncle Bob who said it was too radical.  Why should they pay their drivers differently than the rest of the industry?  Besides a guaranteed weekly salary would cause all sorts of problems in dispatch.  How would they be able to motivate the drivers to get their miles in every week?

Andy pushed hard for the idea.  He said he would take personal responsibility for productivity, but to give him a chance to try something different.  Bob agreed.  Retention improved by 20% when drivers started voluntarily converting to the new pay package. Suddenly, the recruiting lines were blowing up.  Being a little different had it’s advantages!