Driver Shortage: Is It the Number One Problem? 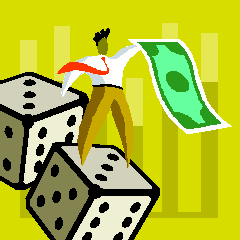 Driver shortage, turnover, churn, and the heavy hand of the government with programs like CSA and HOS were conspicuous topics at this year’s ATA Conference and Exhibition in Orlando.

In this current of passion-evoking topics, a curious result from ATRI’s “Critical Issues in Trucking” annual survey got my attention. In that survey of knowledgeable trucking folks, HOS came up as the year’s number one problem (excuse me, issue) followed second by CSA and then driver shortage.

How could that be? Everyone was talking about how difficult it is to find, recruit, hire and retain quality drivers. Bob Costello, ATA Chief Economist, said that 78 percent of large truckload carriers are now hiring drivers with no experience, compared to a trucking industry average of 26 percent. Of those not hiring experienced drivers, 40 percent are weighing that option as well.  Of experienced driver applicants, eye-popping percentages were said to be virtually unhireable based on their track record. Expert panels described how people new to trucking were the biggest turnover risk and elucidated the difficulties in keeping them happy.

Shouldn’t driver shortage be the number one concern?

Well, upon further review, for managers and owners, it is.

ATRI’s survey results included drivers, apparently lots of drivers. As ATRI pointed out, when  driver data is pulled out from the survey, the driver shortage is clearly the number one issue.  That makes sense.  Drivers aren’t worried about a driver shortage.  It’s not their problem.  In fact it’s to their benefit.  The most prevalent driver comments suggested that if there really were a driver shortage, wages, benefits and other goodies would be increasing as befits any supply and demand circumstance.

We’ve said often that there is no shortage of luxuries, necessities or frivolous products in the stores.  No empty shelves.  No long waits in the bread line waiting for the truck to deliver.  Someone is making those deliveries. As Steve Gordon, COO of Gordon Trucking, said in an ATA panel discussion, “Freight’s not sitting at the docks.”

We find that some segments of trucking are experiencing driver shortages and others are not. It’s based on where the carrier runs, what’s being hauled, the length of haul and the size of the carrier. Competition in some segments can be fierce and carriers need to make good decisions. That should not begin with throwing large sums of cash into an increasingly impotent recruiting budget.

Driver Shortage or Not: Quality Counts

Quality hires should be the goal for carriers who are suffering from lack of drivers and those who are not. It’s not a good idea to roll the dice when it comes to hiring drivers.

This makes the selection process all the more important.  You need a greater reliance on uncovering and evaluating the intrinsic characteristics, an applicant’s values, motivations and personality traits.If you’re having a tough time retaining drivers, more down-and-dirty quick hiring decisions is not the answer.

"Butts in seats" is a quick fix, but it’s expensive and doesn’t last.  The focus should be on quality drivers and finding drivers who will be a good fit for your culture.  As carriers dip deeper into the pool of minimal experience (including driver school graduates), the hiring decisions get tougher.  A lack of job experience means there’s a lack of data on who to select.

On the other hand, if you’re not suffering from a shortage, it still makes sense to be selective and hire only the best.  Either way, it pays for itself to keep the problems out and bring the quality in.

Driver Shortage or Not: Training Pays

Likewise, quality training for newly hired drivers is vital, especially if you’re hiring less experienced drivers.  If a carrier is not experiencing a shortage, then there’s more time for quality training.  Either way you win.

According to FMCSA, we’re in an era where the average physical damage claim costs $13,000, average payout per injury is $321,000 and average fatality is now $7,000,000.  Effective and engaging training pays huge dividends whether it’s used as part of orientation, new-hire programs, monthly safety meetings or remedial.