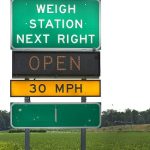 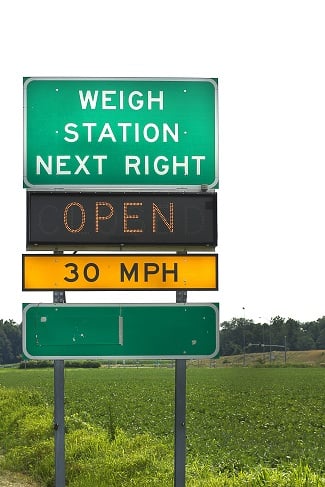 CSA input--how well will information be used to compare carriers?

Bud and Cary sat in the lunchroom at Bright Mountain Trucking.

"Two studies just came out. One from the Government Accounting Office says that CSA is messed up. The other from the Volpe Transportation Center says CSA is doing a better job than the old SafeStat system. It makes no sense. Which one is right? And don’t tell me they’re both right."

"Look, it makes sense. The GAO report says that CSA has some good things going for it but that the number of  inspections for most carriers aren't enough to give them an accurate rating. It also said that most regulations used to calculate CSA scores aren't violated enough to associate them with crash risk."

"It’s not enough information to make a good judgment for most carriers. Whether they say the carrier is doing well with safety or not doing well can’t be proven with the limited data they have. So GAO’s recommendation is revise the methodology. It’s like trying to grade a kid for a full year on the first day of school. There's not much to go on.  You can’t do it."

"So why are they doing it now ?

"Because most carriers are small or don’t get inspected much so FMCSA set the minimum low. GAO is just saying they set it too low. That the minimum number of inspections should be higher to get a rating."

"And you think that they’ll set it higher because of the GAO recommendations?"

"Your guess it as good as mine."

"What about the study that shows CSA is doing good."

"One of the biggest criticisms of CSA is that the BASICS, the seven categories they use, don’t really tell which carriers are going to have accidents. There’s no cause and effect between the BASIC and accidents. This report says that there is a predictive relationship between carriers that have bad BASICS and accidents."

"Example. Let’s say a carrier has a high BASIC score for Unsafe Driving. Maybe their drivers have a lot of speeding citations and other driving violations that make them high compared to other carriers of their size. Number of inspections factor in too.  All the carriers above a certain point level can be assessed as a group. As a group, they will have more accidents. But that doesn’t mean any one carrier in that group will have more accidents."

"It gives the FMCSA a way to what they call intervene. Do audits, send letters, whatever. They can focus on the ones with high scores instead of trying to intervene with everyone. They don’t have enough bodies for that. They can prioritize who’s most likely to need help with safety. It’s not perfect but it’s better than no system at all. The study says that CSA is better at prioritizing interventions than the old SafeStat system."

"No argument here. They didn't replace it because it was heavenly."

"So everything in these fancy-smancy reports narrows down to what you just said."

"No. I gave you a gross oversimplification. It’s the Readers Digest version but most people don’t have the time to read it all. But they should."

"So CSA is really a good thing?"

"I didn’t say that. It still has a lot of problems like big differences in state enforcement and reporting. Some carriers have bad CSA scores but low numbers of accidents. Sometimes brokers use CSA as a safety rating when it’s not supposed to be used that way. A drunk driver can cross the highway, smash into 18 wheeler and it still counts against the truck driver and carrier. But at least we know it has some good points and they’re trying to make it better in the future. Faster would be better than slower though."

"So what do we do till they figure it out."

"Maybe you ain’t as dumb as you look."