The Best Time To Prevent a Driving Accident 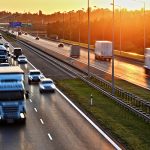 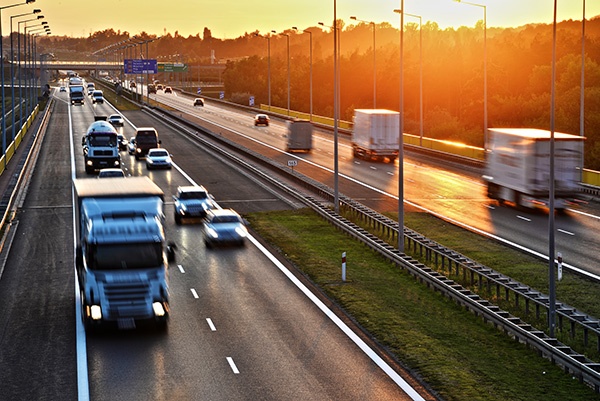 Have you ever wondered when is the best time to discuss an accident?  I wanted to do just that a number of years ago. I wanted to dig into the details of a significant loss we had just had and share them with my drivers in the hopes of preventing another collision.  From my perspective, the tragedy provided us with a learning opportunity.  My team didn’t agree.  They said my intent might be honorable, but my timing was horrible.

The accident took place during rush hour coming off a ramp from Route 22 in Allentown.  Route 22 cuts through the urban center of Allentown, Bethlehem and Easton, Pennsylvania.  Traffic is usually congested and the ramps are exceptionally short by today’s standards. Our driver, Danny Huskins, was headed into New York City, pulling a 45-foot dry van, the longest trailer we were allowed to have in those days. Danny was in the right lane and we think intended to exit for a break before his last three hours across Manhattan and into Brooklyn.  To Danny’s left, in the center lane, a young mother and her five year old daughter were traveling slightly ahead of him and at about the same speed.

Witnesses later said that she suddenly cut in front of Danny’s truck, seemingly trying to get to the exit at the last moment.  Danny had already committed to exit and had started to slow down, but her erratic lane change happened so fast that he hit her from behind, spinning the car around and flipping it over onto its roof.  As Danny tried to disentangle with the overturned car and regain control of his truck, he was struck from behind by a local beer truck.  This pushed him into a jackknife and subsequently into a bridge pillar with the car underneath his tractor.

The mother and daughter were declared dead at the scene.  Danny was in bad shape and transported to Lehigh Valley Hospital, where he was taken to surgery to stabilize a broken neck.  He didn’t make it.   He died on the table.

I viewed the timing of the accident, however horrific, as an opportunity.  It happened just three days before our scheduled safety meeting.  What better to time to talk about an accident, I thought?  It was fresh on everyone’s mind.  It was tragic and Danny had been popular with everyone at the terminal.  I had no intent to vilify Danny or blame him for the accident.  There was adequate culpability to assign the mother for cutting him off and to the beer delivery driver for following too closely and hitting him from behind. I just wanted to use the event as an opportunity to heighten everyone’s awareness and get them focused on defensive driving skills like Look Ahead, Look Around, Leave Room and Communicate.  But my leadership team threatened a mutiny.  They said the timing wasn’t right.  I backed off and respected their advice.  Months later, Danny’s accident was discussed in a safety meeting and, while it was sad for everyone, it turned into a learning moment.

Today, I’m much older and, I’d like to think, a little wiser now. Looking back, my guys were right.  My timing would have been horrible.  The tragedy of losing Danny was too fresh and the hurt too deep. I’ve since learned a bit about brain science and now know that our emotions emanate from a different part of our brains than the thinking part.  Nothing, including defensive driving skills, gets through to the thinking part when the emotional part is riled up.

So, when is the best time to discuss an accident?  Actually, the best time is before you have the accident.  Once you have the accident, there’s not much you can do about it.  Sure, you can gather the facts to manage the claim and maybe learn from the mistakes that were made, but the damage is already done.  The best time to talk about an accident is NOW.  RIGHT NOW.  Let’s start the conversation.  Let’s discuss the accident you could have tomorrow, today.  Maybe we can prevent it from ever happening tomorrow.