3 Safest Truck Drivers on the Biggest Subjects in Trucking 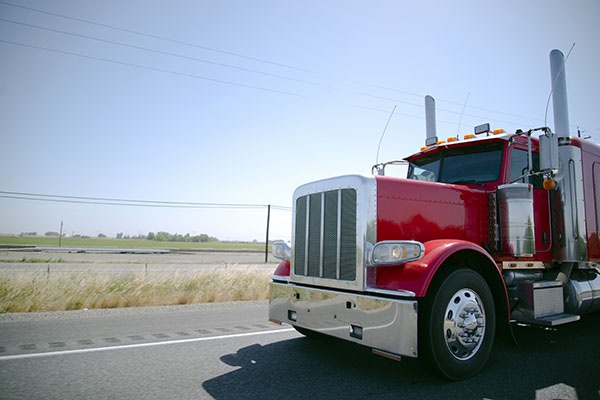 The Ohio Trucking Association had their annual event in Dayton last week to cover all of the important happenings in trucking. Part of that event, as always, is taking the time to recognize the best and safest drivers in Ohio. The state was lucky enough this year to have three drivers picked among the nation’s 25 drivers that make up America’s Road Team Captains for their safe driving.

Those three drivers are: Steve Brand, a freight driver for FedEx; Scott Harrison of K-Limited; and Gary Smith of Garner Trucking. Together, these three drivers have piled up over 8 million accident-free miles on the road, which is pretty incredible.

This year, OTA assembled an interview panel with these three drivers to discuss their views on some of the critical topics in trucking right now.

Here are just some of the highlights of the hour-long interview featuring these three drivers:

Gary encouraged all potential drivers to do their homework on trucking. Drivers should be aware of the “diversity” of careers within this professional field and that people should be more informed before they get into trucking or dismiss trucking out of hand. This was echoed by Steve and Scott, who emphasized the fact that it is a full-fledged “career” with a great amount of job security due to the importance of trucking.

Steve pointed out that drivers are more methodical now when they choose their employer, and that it’s not as simple as just a few more pennies per mile. All three drivers mentioned the importance of home time and retirement plans as more important to a truck driver now than just pay and bonuses. Scott also stressed the importance of making drivers feel welcome and establishing a sense of belonging and meeting the expectations of new drivers, which is exactly what we stress.

On the Driver “Shortage”

We’ve always believed that there is not a shortage of drivers, but rather a problem with average driver age and sustainability. All three drivers basically addressed this the same way by arguing that truck driving has an image problem that scares away younger drivers especially. Scott also pointed out a very real barrier for young drivers coming out of high school: the social pressure to attend college to achieve meaningful success.

On What Makes A Fleet Great

All three drivers agreed upon consistency and honesty as important traits of a great fleet. While all of them acknowledged that most every trucking company claims to have a family atmosphere, they all also admitted that integrity is often proven rather than advertised. Scott also added flexibility as an important factor in making drivers’ lives easier and the fleet better.

On The Most Effective Ways to Recognize Good Drivers

While all three claimed that awards and bonuses are nice, both Gary and Scott were passionate about how meaningful the little things are. Examples given were being singled out in the company newsletter and being recognized over the radio by dispatch.

On Driverless Trucks and Technology

It’s no real surprise that nobody was enthusiastic about driverless trucks, but Scott echoed the sentiment we shared on our blog recently about the continued necessity of truckers in those trucks. The concern above all else is safety, and no piece of technology is perfect. There will almost always be a need for someone to be in a truck keeping an eye on things even if they aren’t steering.

There was also a universal theme of cautious acceptance. All three drivers respected the need for electronic logging and how some features like lane departure can actually help drivers become safer and better at their job. Steve also offered the important point that drivers can’t become reliant on technology entirely, either, in cases where it isn’t working properly.