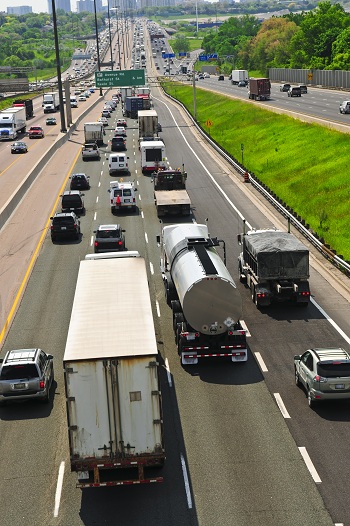 There is a push for Ontario government to introduce mandatory entry level training for commercial truck drivers. The Ontario Trucking Association, insurance companies and trucking schools say it's needed to reduce the driver shortage and raise quality levels for new over-the-road drivers.

"Should Ontario drivers be required to take mandatory training"?

Canadian Trucking Alliance’s Blue Ribbon Task Force on the Driver Shortage in Trucking produced a report in 2012 that explained the situation thusly:

"The industry often says that it wants to improve the quality of drivers. But it has also been said that trucking does not have a training culture. Traditionally, the industry has looked at training as a cost, rather than in investment in capital."

The report went on to say:

"On the other hand, the industry also wants truck drivers to be recognized as professionals, not unskilled labour as is currently the case.  But without mandatory entry level training at least to a minimum occupational standard and ongoing skills upgrading/verification truck driving will never be considered a skilled occupation or trade. Mandatory training and certification would also drive improvements in the provincial commercial driver's licence tests; regulation and certification of truck driver training schools; and possibly immigration policy over time."

“There appears to be some traction gaining in certain provinces,” OTA president David Bradley said.

“While that’s a good sign, there is still a very long road ahead and major hurdles persist, which is why the training and insurance industries joining OTA on this issue is an important step,” he said. “The good news is that at the very least a dialogue is now underway.”

Avatar's position is that strong behaviorally-based training is of extreme importance in the transportation industry. "All training gets a bad reputation when it's boring, repetitive and worst of all, unmemorable," explained Avatar CEO Mark Gardner.

"Unfortunately, the majority of training for driving professionals is like that. That's why Avatar produced the Professional Safe Driver Course. It's geared to be entertaining, engaging, educational and memorable. It's the kind of training that's needed in North America; it helps produce quality professional drivers."