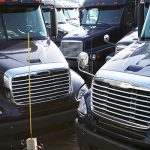 The trucking industry has struggled with excessive driver turnover for years and has made very little progress solving the problem, but everyone is looking for a single, smoking gun, when, in reality, turnover is the result of death by a thousand cuts.

We have conducted thousands of exit interviews to find out why drivers quit. We recently presented our findings in our post on The Top Ten Reasons Drivers Quit. But it took a lot of hard work to get the list to just ten.  In fact, we started with more than 675 discrete complaints about past employers.  Though an instructional design process known as chunking, we merged and combined similar complaints under broadly-defined categories. But presenting our research findings in this way may have been a disservice. The problem is far more complex than a simple list of ten things.

For example, at the top of the list is, “I don’t make enough money.”  But actually, several dozen different complaints went into that category. Some are obvious, like the mileage rate was too low. But other complaints are more nuanced.  Drivers said, “dispatch was inefficient and would seem surprised when I came available.  This caused me too many delays, and in the end I couldn’t get enough miles to make a decent living.” At first blush, the complaint seems to be about dispatch, but in reality the driver is saying he couldn’t make enough money.

We want things quick and easy.  We don’t want to invest the energy actually needed to truly understand the problem. Those of us in charge prefer a refined strategy with a clear path to success and measurable improvements at the end. So it’s understandable that when we face a problem like driver turnover, we’re looking for a smoking gun. Something big we can get our arms around and quickly eliminate.

But it just isn’t that easy.  There isn’t one big thing that sends drivers away, but rather a lot of little things. We contend that on the first day of employment the positive aspects of the job always outweigh the negative for a driver. Otherwise, the driver wouldn’t have joined you. But something happens over time.  Those pesky negatives, however small, begin to add up.  Eventually, the negatives outweigh the positives and the driver quits.

The little cuts can add up. Some we have heard from drivers include:

These things happen.  People make mistakes.  But when too many of them happen in a row, the balance between positives and the negatives is thrown out of whack. When that happens, the driver starts looking for a new job.

So what can you do?  Work on the problem by using the old joke, “how do you eat an elephant? One bite at a time.”   Choose just a few specific complaints that you can address at your company. Don’t overreach or try to rush.  Work on one issue at a time until that issue is under control.  Then, and only then, move to the next one.  It isn’t an easy or glamorous process, but it’s effective and worth the effort.

If you need a few ideas to help you get started, check out some of our suggested strategies here and in our other blogs on driver retention.