3 Traits that All Driver of the Year Candidates Share 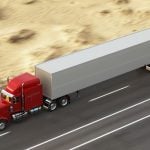 AvatarFleet proudly sponsored the Ohio Trucking Association 2015 Driver of the Year, hoping to shine a bigger spot light on Ohio's best professional drivers. These are the drivers that every company wants to clone, especially with the driver crisis worsening each day. I interviewed the Driver of the Year candidates looking for common elements to see what we could learn from the best.

The most common trait among the crowd was that these drivers were all incredibly humble and selfless. The Driver of the Year winner, Scott Woodrome (1,800,000 safe miles) from FedEx Freight gave all the credit to his wife and the Lord in his acceptance address. The majority of his home time is spent at his church and community service. And, Nicholas Delzeith from Clopay Transportation (3,300,000 safe miles) stated that having a strong wife at home lets focus on the road when he’s behind the wheel.

Another common theme was the love of driving a truck. Many learned from their fathers and knew that driving truck was what they wanted to do since they were little. Harry Willman (2,900,000 safe miles) from Pitt Ohio Express said “I love driving truck and can’t believe I get paid to take a ride.” His wife Sunni, corrected him and said “you do a lot more than that."

Sunni is right because Harry drives with a purpose. He lost his sister and father in car wrecks due to the fault of tractor trailers that spanned only eight months apart. He thinks about all the time on the road. Harry has a mission to prevent anyone else from having to live through tragic events that he had to endure.

The third commonality was that the crowd was full of conscientious professionals. Ronald McGee (1,390,000 safe miles) from FedEx Ground, a selfless Iraq veteran, stated that he always puts others first when’s on the road. Dean Quellhorst (2,829,524 safe miles) from Clopay Transportation and Barbara Ann Herman (2,400,000 safe miles) from K-Limited Carriers, Ltd., both took it upon themselves to train and mentor new drivers at their respected companies. And, Mark Spencer (1,500,000 safe miles) from YRC Freight, who never turns down a load from a dispatcher in need, is the driver that all customers want to work with by request.

These men and women are selfless, love what they do, and are conscientious professionals. These findings are not earth shattering and your top drivers are probably very similar. However, does your recruiting message reflect these traits? Do you screen driver applicants on based these traits? 2014 Driver of the Year winner, Lew Eaton who retired from Ross Transportation, encouraged new drivers to research prospective companies on their safety record and how they treat drivers. We’ve seen this in our own research also - it's proven safe drivers look for safe companies.

So if you have a strong safety culture, start marketing it to the world! Make it easy for professional, safe drivers to find your values and drive with you.